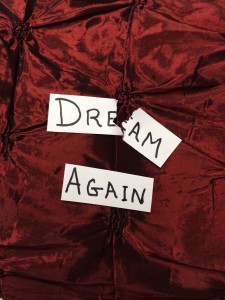 Several years ago I shared my disastrous experience as a guest at an imaginary tea party hosted by my granddaughter who was then four years old. Audrey became exasperated because of her Papa’s loud slurping of the make-believe tea and his refusal to hold his cup with pinky finger extended. She promptly banished me from what she obviously considered the social event of the season in Helena, Alabama.

Time (three years to be exact) has a way of healing those egregious lapses of etiquette and social graces. A few days ago, while visiting her at her new digs just outside Little Rock, Arkansas; I was once again invited to a tea party. This time I decided to do whatever it took (within reason) to be a humble and courteous guest. I feared if I were asked to leave this fantasy function I would be black-balled forever from the elite society my granddaughter rubs moves in.

The guest list was rather short, but it included Big Al and me. Big Al is a stuffed elephant (the mascot for the University of Alabama—Audrey has particularly good taste in football teams). The only things we two had in common were we were both male, a little overweight, and obviously not in charge. Audrey, our “hostess with the most-ess,” seated us in imaginary chairs at an equally imaginary table, which in reality turned out to be the floor. This was not an issue for Big Al, who is only a foot high and weighs only a few ounces, but it was a bit uncomfortable for me since I weigh quite a bit more.

Our hostess went over to her closet and took out the perfectly manicured box that holds the sacred miniature china tea set and lace table cloth, and proceeded to give both of us very detailed instructions of what each piece represented and how it would be used. Amazingly, the description sounded exactly like the one her Tats (Cathy) had given her the first time they hosted one of these events together.

I kept quiet fearing I might mess up and be asked to summarily leave. I just could not stand the public embarrassment of being thrown out of such a high society event being held in the suburbs of the capital of Arkansas. If that happened I would never be able to live it down, so I chose to let Big Al be the center of attention.

After the cups and saucers were carefully placed before us, Audrey began pouring the make-believe tea hot from her dainty little china tea pot. From time to time, she would refill the pot from one of the handles on her dresser which she claimed was the steamer. In a matter of moments this bedroom in Arkansas turned into a scene from Alice in Wonderland.

“How many sugar cubes would you like in your tea?” asked Audrey. The last time I was faced with this question I asked for far too many and was verbally given a public rebuke. Timidly I requested one—to which our host responded, “Why not take five!” My! My! Things have changed in three short years. So I said, “Five it is—fill her up!”

Things were going so well. We were laughing, sipping our tea (with pinkies extended—all except Big Al who has no pinkies), and snacking on make-believe chocolate chip cookies. When all of a sudden, Big Al put his trunk into the tea cup and began blowing bubbles. I will always believe this happened due to the sugar induced high he got from the five imaginary sugar cubes that were put in his drink. All of sudden Big Al became the life of the party blowing tea out his trunk like a water fountain.

Audrey was mortified (after she giggled so hard she fell backward, but she quickly regained her composure) and promptly began lecturing Al on the finer points of etiquette concerning tea cups, black currant tea, cookies and elephant trunks. Big Al took a beat down for his indiscretion, but his facial expression never changed—he kept his poker face. After all, he is what many would call a “party animal,” and he was certainly the life of this upper crust shindig.

Eventually the pretend party came to a close. We all hugged and made plans to do it again. Audrey packed up the tea set and carefully put it away. Big Al made his way back to “T-town,” with a designated driver due to the sugar- induced coma he was struggling with. And I—I savored the memory of a moment I will never forget and silently rejoiced in my somewhat temporary acceptance back into the high society circles that my glamorous little socialite granddaughter travels in.

Moments like these are too few and far between. They are fleeting and are usually missed by most of us because we are too busy—too involved with things that really don’t matter in the long run.

For me—it’s an instant spent looking at the world through the eyes of a child.

Perhaps—but in those transitory moments at the tea party imagination became reality.

By the way, I learned a valuable lesson in case I receive another invitation to tea party—real or imaginary. Whatever you do, never, never put your trunk in the tea cup. It is considered rude and atrocious behavior by the citizens of Wonderland.