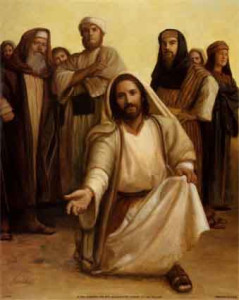 As an American society, we have allowed our fears to take control of how we think, act, and who we will elect to leadership in this country. We are so afraid we will lose our jobs and our socio-economic standard of living if we don’t  stop illegal immigration that we no longer see the desperate plight of men, women, and children willing to die for a chance to improve their living conditions in this country. We so are terrified by the terrorist that we are willing to turn our backs on those who are helpless and hopeless in their flight from war, persecution, and famine. We are attempting to insulate ourselves from these real situations by ignoring the faces of those people, demonizing them, and then despising them because they don’t act, think, or worship like we supposedly do. Add to this, the outrageous promises of the politicians and it only reveals what the majority seem to believe anyway.

So—what about the church? Does she think the same way? The church is the thermostat. As the church goes—so goes our nation. What about individual Christians? As individual Christians go—so goes the church. By the way, unless you are 100% Native American, you are an immigrant—no matter how long your family has been in this country. Somewhere in your family tree is an ancestor who crossed the Atlantic or the Pacific, or the Rio Grande.

Something is missing that once made this country different and once made the church a champion of the downtrodden. That missing link is compassion. We seem to have become a compassionless people who are willing to govern themselves with compassionless governments that make and enforce compassionless laws. Our hearts seem all of a sudden to have grown cold and callous.

What is compassion anyway? Compassion is a feeling of deep sympathy and sorrow for another who is stricken by misfortune and accompanied by a strong desire to alleviate suffering. Compassion is different from pity. Pity feels but does not act—compassion does both.

It seems that the church has reverted back to the old fears, prejudices, and intolerances of the lost world and now lives guided only by fear and self-survival. Or—has the world simply picked up its attitude and its actions from the church and started living them out. There seems to be little difference when it comes to the subject of compassion. Both groups seem indistinguishable from the other.

Jesus never acted out of fear. Survival never found a place on his daily “to-do” list. No, Jesus acted out of compassion. His entrance into the world was the act of a compassionate God. He came to seek and to save those who were helpless and hopeless. He was driven by compassion and his actions resulted in him dying for our sins. But his resurrection insured that we could live with the same compassionate intensity he displayed every day as he ministered. His compassion set the demonized free, gave new legs to the cripples, new eyes to the blind, healed the lepers and the diseased, and raised the dead. Read your Bible, it was compassion that focused his love and grace to meet human needs and suffering. His compassion produced an atmosphere pregnant with the possibilities for miracles. Genuine miracles by God are always fueled by compassion.

Where’s yours? Are you willing to see past the politics, the angry rhetoric, the spewing froth of fear, and the overwhelming needs—to see the people? Jesus saw the person! He looked in their eyes and did not turn his head.

Or will you look away, close your eyes, or change the channel when the pictures of lifeless Syrian refugees wash up on the shores of Greece or the dead bodies of illegal Hispanic immigrants who lie scattered in the mesquite thickets of Texas and Arizona, clutching empty plastic water bottles in one hand and a plastic sack containing all their worldly possessions in the other. Jesus looked and he acted.

Pity is not enough. Compassion demands the church respond. If she does not—this nation will not. But if she does—God will empower her with what she needs to do what he would do. But first we must once again regain what we have lost—our compassion, the missing link that makes us like Christ.