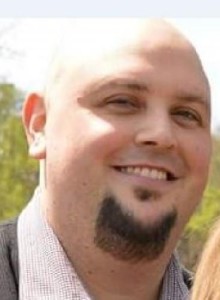 A requiem is a lament—the wailing of a heart broken—a song of sadness that emanates from deep within the soul. Throughout human history these songs have accompanied the death of a warrior. Russ Calvin was such a warrior—a man who battled and wrestled in spiritual realms so that we might enjoy God’s blessings in the physical one. He was my friend, Worship Pastor, and brother-in-the-faith. And today I choose to put my sadness in words to encourage others on their own journey. Perhaps it will push you farther, higher, or deeper in your own excursion through life.

Russ was a gentle giant, whose passionate pursuit of God leaves deep footprints to follow for those of us still chasing after God. Russ finally caught the Savior whom he had run after throughout his short lifetime. Thirty-seven years seems so young—so brief, yet Russ accomplished more in that limited span than most of us will in a long lifetime. He made time count, knowing that none of us is promised tomorrow.

Russ was soft-spoken, not loud and boisterous. But when he spoke, the volume, tenor, and depth of what he said often rang like a clap of thunder. When he spoke of Jesus, it was not the platitudes of a preacher or the clichés of a theologian, but rather the experience of a lover who had experienced the heart-to-heart connection of genuine intimacy with God. Russ knew God, not facts and figures about God. They were on a first name basis—a beloved Father and his treasured son. You can fake a lot of things, but you can’t fake what it’s like to have been in the intimate presence of God. Russ knew—he’d spent long spans of precious time in that secret place.

Russ was also a man who knew and understood God’s Word. His grasp of God’s promises was not a shallow one. No, he staked his life, his marriage, and his ministry on the fact that God cannot lie. In the midst of the suffering he endured as he battled heart and kidney issues, Russ refused to let go of or give up on any of the promises God had whispered into his spirit. He tenaciously hung onto those promises like a bulldog. He stood faithful when many who were treating him gave him no hope. Russ believed God, and he acted on that faith. He spoke it. He prayed it. He shared it with doctors, nurses, technicians, strangers, and friends. He obeyed the words God had given him—he acted on the revelation whispered to him by the Holy Spirit. Obedience is the outward sign of an inward belief. Russ heard the Word—then he acted by obeying the Word—the promises given to him by the God who cannot lie!

Russ was a spiritual warrior. He understood the battlefield and his ancient foe. His calling was a simple, yet profound one. He had been commissioned to enforce the victory of Calvary, to destroy the works of the devil, and to be a vessel God could use to set the captives free. Spiritual warfare was not a theory to discuss for Russ. No! It was a daily life and death wrestling match to engage in. He knew what it took to snatch souls from the jaws of the hounds of hell and he was willing to engage those demonic mongrels if it meant freedom for another person. He was feared by hell and empowered by heaven.

Russ did what he could do with what he had to work with. His complaints were few—just a wish that he could do more, serve more, share more, or worship more. He was limited by the weakness of his heart—but not anymore! He fought through debilitating pain, weakness, discouragement, and frustration—but not anymore! He was limited, constrained, and unable to do many of the things he longed to do—but not anymore! Russ is now free—free to worship without restraint or limit. He is free to dance. He is free to lift his hands like an eagle spreading its wings to heaven. He is free to run, to jump, and to spin in utter unbounded joy. And best of all, Russ is free to sing with an unrestrained voice that cannot be silenced by disease, death, or even the devil.

I could sing a sad lament, a wretched requiem, but if I did it would have to be about someone other than Russ. Yes, we are separated from Russ for a time, but Russ is not dead. No he is more alive than he has ever been. God is not the God of the dead, but of the living according to Jesus. You see—God cannot lie! Russ is alive and he is enjoying the literal presence of the One whom he chased after so hard.