The Jewish belief of a Messiah who would come and rule over Israel was, and still remains, a part of their eschatology. This deliverer would be a direct descendant of King David, consecrated by the Holy Spirit (the anointing oil of God), and would sit on the Davidic throne and rule God’s kingdom during the Messianic age. He would be the Anointed One, meaning he would embody the anointed ministry of prophet, priest, and king. In the ancient prophecies of the coming Messiah a clue was hidden that would clearly distinguish his identity from all the other pseudo saviors who would, in time, arise in Israel.

That defining clue in recognizing the Messiah’s identity was his ability to heal. The chief texts from which the Jewish theologians and rabbis developed this belief were found in Isaiah 35:3-5, Isaiah 29:18-19, and Isaiah 61:1. As they studied the Scriptures, it was clear that amazing level of healing he possessed would separate him from the rest. Sadly with the destruction of the nation of Israel in 586 B.C., the Jews began looking for a “son of David” who would come as a conquering king, rid them of foreign control, and re-establish their nation as a world power.

In the 1st century, John the Baptist declared in no uncertain terms that Jesus was the long-awaited Messiah when he proclaimed, “Behold the Lamb of God. He is the One who baptizes with the Holy Spirit.” Jesus was anointed (baptized) as the Spirit of God descended and rested on him at his baptism. He left the Jordan and went into the wilderness “full of the Holy Spirit,” where he was tested by the devil over a period of forty days. After victoriously overcoming each temptation, Jesus (“full of the Holy Spirit”) went to his hometown and entered the synagogue and quoted the Messianic passage from Isaiah 61:1 and declared it fulfilled.

In Jesus’ day, the rabbis had divided miracles into two specific categories: (1) those that anyone who was empowered could do, and (2) the miracles only the Messiah would be capable of doing. Those that identified the Messiah were very distinct. 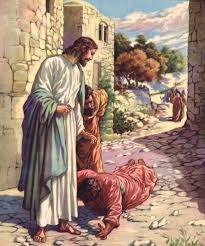 First, the Messiah would heal a leper. They believed that only God could heal leprosy—an awful disease that slowly disfigured and ultimately killed the person infected with it. Leprosy was believed to be the judgment of God and rendered a person ceremonially unclean. The last Jewish person healed of leprosy in Israel prior to the coming of Jesus was Mariam in the days of Moses almost 1,500 years earlier. In Mark 1:40-42, Jesus touched a leper, healing the unclean and making him clean again. Later, he would heal ten lepers at one time. 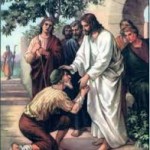 The second Messianic healing miracle was the healing of a person demonized by a spirit of muteness, which left the person unable to speak. Exorcism was common in Israel, but for these exorcists to have success a lengthy ritual was performed that required the demon to give up its name. To cast it out they must possess the wicked spirit’s name. A mute person could not speak and thus the demon would not give up its name or leave. Jesus did not need a name. He exercised the power of God in Matthew 9:32-34 to set a mute man free. The crowd recognized the miracle and said so—“Nothing like this was ever seen in Israel.” The Pharisees, on the other hand, claimed Jesus was using the power of Satan to heal. But, to add an exclamation point to the fact that Jesus was the Messiah, he did it again in Matthew 12:22-23—prompting the people to begin asking, “Could this be the Son of David?”

The Pharisees responded again that he was doing it through the power of Satan. Why? Because they recognized that only the Messiah could do this, but Jesus did not fit their Messianic picture or their narrow, ritualistic theological system. They could not refute his miracles, so they attempted to smear and diminish his character in the eyes of the people. In fact, the Talmud, which is one of the central texts of Judaism and consists of commentary and explanation of the Mosaic Law, states that “Jesus was hanged on a tree for using sorcery.” Meaning, he was crucified for using demonic magic in his healing. 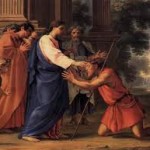 The third and final miraculous healing sign of the Messiah was that he would heal those who had been born blind. The apostle John records this particular miracle as one of seven signs found in his gospel that validated the deity of Jesus. John gives it a complete chapter (10). This miracle caused a major uproar and even a division among the Pharisees.

In his darkest moment, John the Baptist sent word from prison asking Jesus, “Are you the Expected One?” Jesus did not rebuke him, but rather sent this word back—“Go report to John what you have seen and heard; the blind recover sight, the lame walk, the lepers are cleansed, and the deaf hear, the dead are raised up, the poor have the gospel preached to them. And blessed is he who keeps from stumbling over Me” (Luke 7:22-23).

Many would say Jesus did these works to prove his identity. Yet Jesus knew who he was and those who exercised their faith recognized him as such. The primary reason he did these miracles and all the others was to demonstrate God’s heart of love and compassion for those who were suffering from the attacks of the devil and the void left by man’s practice of empty religion. He performed them to demonstrate the message not simply prove it. The message of Jesus—the gospel of the kingdom—is true with or without the miracles.

By the way, God has never seeks to prove who he is to humanity—he simply reveals it. It’s up to you and me to believe and see—not see and believe!