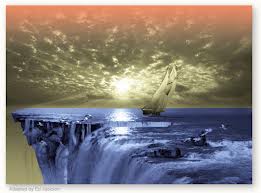 Faith is far more than trusting in God for your eternal salvation. Faith is the currency of the kingdom of God, the key asset for living a supernatural lifestyle. Which, after all, is the only lifestyle Jesus called us to live.

God is forming for himself a people of faith who are comfortable living more in the unseen world than in the tangible world. The unseen is just as real as the tangible, but without faith we cannot believe it, much less conceive it and walk in it. If we have to see it first with our eyes we will never reach the levels God has destined us to walk in. The paradox of the supernatural life: believing is seeing!

Most Christians are unbelieving believers. They are saved by grace but refuse to buy into the supernatural job description of what it means to be a Christian (a little Christ). Oh, we say we believe God can do what he says he will do (his promises) but we are terrified of stepping out into the unseen and proving it. We are not shy in talking about our faith. The problem arises when we are forced to demonstrate that level of faith. If we are unwilling to demonstrate what we say we believe, we really don’t believe what we say we believe.

Instead of pressing into God and pushing the boundaries of our beliefs to the extremes in our pursuit of fully realizing his promises, most have settled for far less than God guaranteed. We have become settlers. Settlers move into an area and occupy it. They build towns and live out their lives in fortified, secure settlements. They refuse to venture too far past the boundaries of what is considered safe, acceptable, and orthodox. They settle for what is rather than what might be or what God says is.

Hebrews 11:1 says, “Faith is the assurance of things hoped for, the conviction of things no seen.” These things that are hoped for are the fulfillment of God’s promises not our own selfish hopes and dreams. In other words, faith is the title deed (the assurance) and the proof (the conviction) that his promises are ours even though we have not seen its fulfillment. Faith is making the journey to establish ownership and the process of exploring what you have been given—what is already yours.

Settlers don’t explore—settlers settle. God is seeking a people who will become explorers—men and women that will push the boundaries of what is known or deemed safe and acceptable. Explorers always believe there is more around the next turn or beyond the next hill. They have an insatiable hunger for more. They believe God has more, and thus they refuse to settle for less. Explorers exert their faith by taking one more step into the frontier—into the unknown—when everyone else decides to stop…and settle.

Which one will you choose to be—an explorer or a settler?