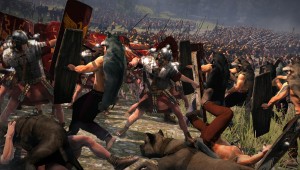 Waging spiritual warfare is totally different than enduring spiritual warfare. Too many believers endure, that is they are caught up in the swirling wind of the enemy’s attacks, believing that there is nothing they can do to change it. It’s just a part of living in this sin cursed world they say. That, simply put, is a lie. God did not call us to endure (by that I mean bravely tolerate it until Jesus comes). No—no—no! A thousand times no! God called us to wage warfare, to take it to the enemy. We are to lay siege to the enemy’s city and kick the gates down so that his captives may go free. We are the superior force on the battlefield due to our position in Christ.

We are to put on Jesus (we will talk more about this in a later blog), who is the whole armor of God. Once we put him on, we never take him off. We are dressed for success in Christ. Jesus gives us the ability to stand firm, the power to hold and control the ground God has entrusted to us. Whether you believe this or not, in Christ you have the ability to stand up against the enemy no matter how or where he attacks you. Standing firm implies that you have planted your feet firmly and hold the ground you’re standing on in anticipation of taking more ground.

In Ephesians 6:13, we are told to resist or withstand the enemy. That means we are to stand face-to-face with the enemy and not blink or give ground no matter how hot the battle may get. In reality, it is often withering, seemly overwhelming. But through the power of Jesus you can stand. For too long the church has withdrawn from the battle when it got tough. We have given away far too much ground without contesting the issue and contending for the faith. God never intended for his body to retreat. Why would one retreat if the battle has already been won? That seems inconceivable, yet that is exactly what has happened.

Often a Roman legion would allow the enemy to throw everything they had into the battle. They would withstand the deadly assault of the archers and the catapults. They would hold their lines even though they were vigorously assaulted by the enemy’s cavalry and chariots. They would withstand, taking the enemy’s best shot, and then, at the optimum moment the command would be given to take ground. Now it was their turn to drive the enemy back and off the battlefield, as they took ground and control of the battlefield.

Whenever one gives up control of the battlefield a rout occurs and defeat is inevitable. No matter how tough it seems, stand firm! The command will come and when it does—step forward and swing the sword of the Spirit with all your might! Stop enduring the warfare and start waging it! You are in Christ, the victory is yours!