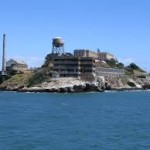 The prison of unforgiveness…the eternal Alcatraz

“To err is human, to forgive divine.” This statement by Alexander Pope, an 18th century poet, is a masterpiece of pure truth, a mouthful of potent wisdom, and a maxim to practically consider. As human beings, we all err. We all fail miserably from time to time in our interpersonal and social skills. We have all said things we should not have said or not spoken up when we should have. We have all done or not done things that hurt other people, if not on a physical level, then most assuredly on an emotional one. It is inevitable that all of us at some point will hurt or offend another person.

Why? Hurting people hurt people, and we are all hurting in some way or other. None of us is exempt. We are like porcupines who wander around their neighborhoods piercing the hearts and souls of those we bump into on this journey called life. We are at best offensive, and at worst, quite deadly. We all have the same problem—we want what we want when we want it and how we want it. We are selfish and selfish people always think of themselves first. Selfishness has a way of leaving a trail of destruction in its wake.

There are two categories of people who hurt other people: those who don’t know or are unaware, and those who don’t care. Sure there are accidents, but more often than not if you’ve been hurt or offended, it was by someone with no clue that they had hurt you or someone who could care less. The offending or wounding act or word may have been on purpose or accidental. It might be known or unknown. Or it could be a one-time event or a continual pattern of behavior. Regardless of the reason, the emotional pain is real and it often leaves a deep gash in our soul.

Therefore forgiveness is one of the fundamental tools each of us must have in the trays of our social, emotional, and spiritual tool box. Without it, we are doomed to an existence of bitterness, fueled by an unrelenting need to get even. And to make matters worse, when we refuse to forgive, we build a prison cell, move into that cell, lock the door, and drop the key in our own pocket. We cease to live in the now, choosing instead to repeat the moment of the wounding or offence over and over. The past becomes our present and robs us of our future.

Prison cells are cramp and uncomfortable. They were never meant to be a place to build a life in. They are places of punishment—places where the person in the cell is shut off from everyone and everything. Unforgiveness is a life sentence no judge can or will commute. Even God will not force his way into that cell—no matter how long, how hard, how many times you invite him, or what you promise to give up in return for his healing. Healing never comes to one who has imprisoned themself in the cell of unforgiveness. That cell might as well be located in the bowels of Alcatraz, because you have about as much chance of escaping with unforgiveness in your heart as you do of swimming the San Francisco channel with concrete blocks on your feet. You may carry unforgiveness into the cell with you, but you will never leave that cell if you attempt an escape with it as your companion.