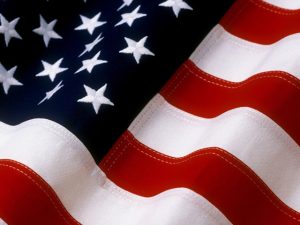 I am a Southern boy, born and bred in the land of sweet tea, grits, and high humidity. My drawl may be slow and drawn out, but I too speak the King’s English just like they do in Boston, but without the extra “r” in words that have no “r’s,” or in sunny California, but choosing “y’all” over “you guys” every time. My “i’s” are long, and sometimes, depending on what part of the country I’m visiting, I have to spell the word “ice” instead of asking for it so the waitress knows I’m talking about frozen water instead of a posterior body part. I refer to all soft drinks as Coke’s instead of pop, but I prefer a Diet Dew.

I am proud of where I come from. I have never once in my life been ashamed of my birthplace. As my wife’s grandfather used to say, “It’s the best place in the world.” I know there are folks who think I should be, but I’m not! On the other hand, from time to time, I have found myself ashamed of some of the things my neighbors have said or done down through history. But, let’s be honest, stupid people are spread thick like peanut butter across every nook and cranny of this whole wide world. Every generation, nation, culture, or people group has its own share of stupid people. As Forrest Gump says, “Stupid is as stupid does.” But stupid is an individual trait that is sometimes catching, like a bad case of diarrhea. Perhaps I shouldn’t use the word “stupid,” (or for that matter diarrhea).  My granddaughter tells me it’s a bad word according to her mother, who stares at me every time I say it with an icy glare that could freeze antifreeze, but it does communicate my point.

My ancestors were immigrants just like yours were if you live in this country. They came from somewhere else—looking for an opportunity to make a living, build a family, follow a dream and worship God freely. My people were soldiers, sharecroppers, peddlers, and coal miners who worked long days for little or no money. They were honorable men and women, doing what it took to survive and thrive in a land filled with opportunity. They were not perfect. They did not do everything right. But—they were just people—so where yours.

I am an American. I still get a lump in my throat when I see the flag or hear the swell of the notes as the national anthem is played. I don’t determine my value based on my ethnicity, color, or country of ancestral origin. And neither do I determine the value of anyone else that way. I don’t refer to myself as Scottish-American, African-American, Arab-American, Italian-American, Jewish-American, or any other of the million and one places you can leave and make your destination America. The “where” my ancestors came from does not determine who I am or who I will be. Take away my skin and my blood is red just like yours. Cut me and I bleed just like you do. Call me a name or shoot me the finger and I want to punch you just like you would if you were on the receiving end.

Regardless of where you come from, what you call yourself, or what you believe, we are all connected—by origin and by destiny. All of us are the descendants of one single couple. God didn’t create a community on a cul-de-sac with all the colors of the rainbow. He simply created one couple and conveniently left out the explanation of their color, ethnicity, and national origin. In other words, your guess is as good as mine. It is after all, a guess. So why waste any more time postulating and prognosticating about it. We are, after all kin—brothers of different mothers and sisters of different misters.

You may not like our president or the congress, but I’ve lived long enough to realize that is the case with most presidents and most congresses. You may not like my politics and I may not like yours. But we—not you alone or me alone—are Americans. Our destiny—not yours alone or mine alone—is bound up in to our unity of purpose and our mutual respect for one another. I may not agree with you and you may not agree with me, but we desperately need each other—if for no other reason than to maintain the unique diversity of this great country. This nation was founded by a coalition of folks who came from different places and different beliefs with little in common and countless things they disagreed on except they were tired of being told what to do by an absentee king whose only interest was their tax money. In fact, the only thing they had in common was an insatiable desire to be free.

Freedom necessitates diversity. It requires all the cultures of the North, the West, the East, and yes, a whiff of the South thrown in for spice and good measure. It demands a multiplicity of races, beliefs, and politics who disagree, but find a compromise that works for all of the people most of the time rather than a few of the people all of the time. Freedom that works for only a handful is not really freedom at all. It is slavery dressed up in a cheap Halloween costume.

I celebrate my Southern culture and upbringing. I revel in the beauty and the majesty of the state in which I was born. I take joy and pride from where my people originally hail from. I feel comfortable speaking the King’s English in my own regional dialect. And I could live off grits, gravy, fried chicken, collards, and buttermilk biscuits. But I can’t be an American without you. You see, I don’t make America—America. And neither do you! It is only together—in you and me with all our differences on display—that America exists and freedom can reign.