True freedom requires eternal vigilance. It is rarely lost in a moment. Instead, it is in the systematic erosion of a multiplicity of moments where genuine liberty vanishes. Countless men and women have sacrificed their time, their treasures, and even their lives to guard this God-ordained right purchased in blood. The cost of this freedom should arouse in each of us a strong sense of its value. Once lost, rarely is it regained in its original form.

I am privileged to enjoy this freedom, purchased through the sacrifice of others, and I am eternally grateful for the gift they have bequeathed to me. My great-great-great grandfather fought valiantly against the British in the War of 1812. My great-great grandfather fell in the Battle of Kennesaw Mountain, killed by a cannon ball in the last months of the Civil War. My grandfather was an Army doughboy in the Allied forces that assaulted the seemingly impenetrable Hindenburg Line and ultimately broke through and gained victory in World War I. And my own father served in both the Pacific and the Atlantic Theaters as a seaman in the U. S. Navy during World War II. 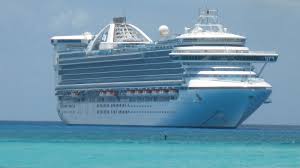 transatlantic crossing from South Hampton, England to Boston. It was a similar path that drew the Pilgrims and my own Scottish ancestors to this country in a desperate desire to worship, work, and live in freedom. They made this treacherous passage in the bowels of overcrowded and unprotected sailing ships, totally dependent on course of the currents and whims of the wind. Theirs was a life-or-death gamble—mine, a 17-day vacation. 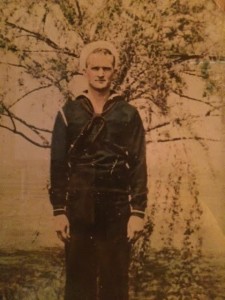 During the crossing, I retraced the ancient trails my father (John Olen Hannah) had taken over 70 years earlier. It was there in the shipping lanes of the North Atlantic, off the eastern coast of Iceland, where the swirling black waters covered with crisp white foam bury their secrets that I began to understand the sacrifices of his generation and those who preceded him.

My father was a quiet man who spoke little of his war-time experiences. Two things I knew—he had been a part of the naval cleanup crew after the bombing of Pearl Harbor and he had served aboard a Submarine Chaser (SC), as he called it, in the freezing waters off 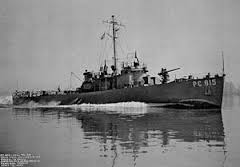 Iceland. Twenty-two years earlier, I had stood upon the USS Arizona Memorial in Oahu, watching the imprisoned 50 year-old droplets of oil eerily seep to the surface from the fatal wound of that entombed battleship, and wondered at the horror he must have witnessed as the mayhem and the carnage of the tangled wreckage washed over his own mind. 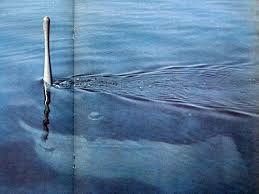 But on this day, in the North Atlantic, as I stared into the same bluish-black water he had surveyed seven decades earlier, I begin to grasp a bit of the incalculable price my father had paid. His job was to find German U-boats by visually locating their periscopes as they surfaced in that endless, frigid wasteland of murky salt water. I imagined what it might have been like to search this never-ending watery abyss, and realized rather quickly, it would have been virtually impossible. The chances of the U-boat locating the SC were multiple times greater, yet my father stood his watches and did his duty. He was vigilant. How do I know? I am here—enough said.

As we cruised through those waters, I realized my life, my accomplishments, and all my hopes and dreams come true were the result of his sacrifice. He left his family and his home so I might have a home and enjoy my family. He assailed war-time impossibilities so that I might enjoy all of life’s possibilities. He sacrificed his own personal freedom—ten years of his life—so that I might live free throughout my life. I stand on his shoulders, and it is humbling.

True freedom has a cost and those of us who enjoy it should strive to remember those who purchased it and guard their purchase vigilantly. It is their legacy to us—our inheritance. And if we are to be true to those who have gone before, we must leave the same freedom intact to the generation that follows, or we will have wasted our inheritance and failed miserably. Failure was not an option to our ancestors, and thus, it cannot be for us.