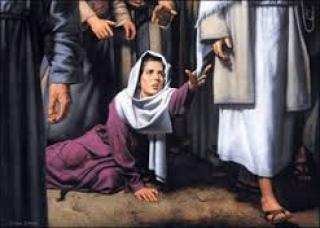 One of the keys in reclaiming biblical healing in the church is a biblical understanding of the meaning of save or salvation and it usage in the Greek language of Jesus’ day. The New Testament was initially written in Koine (meaning common) Greek. Jesus and his followers were multi-lingual, speaking Hebrew, Aramaic, Greek, and Latin. In the 2,000 years or so since the New Testament was written, the church has misplaced nuances of word meanings it chose to no longer use or those meanings were gradually lost during the Dark Ages.

For most believers, to save or salvation means the forgiveness or redemption of sins by grace through faith in Jesus Christ. He is the Savior. Few Christians, regardless of their particular flavor, would argue against this meaning. And if that were all that it meant it would certainly be enough. Forgiveness of sin is the ultimate miracle of God. But I believe, based on its multiple meaning and the example of Jesus that God meant so much more.

The Greek word to save is sozo and it carried a three-fold meaning in the Jesus’ day. First it meant to redeem or forgive and in our case spiritually speaking, payment of the sin debt. Secondly, it denoted a deliverance from torment. And finally, it was used to indicate healing from disease. It is a word rich in meaning, but sadly the vast majority of the church has never embraced the last two meanings. We have often taken the revelation of God, translated it, and interpreted it through the foggy lens of later theologies rather than through the theology Jesus demonstrated. Jesus is, after all, perfect theology. If we want to know who God is or what God thinks—all we have to do is look at Jesus.

Jesus came to redeem humanity from the effects of sin, and those decimating consequences of sin effect humanity in totality—spirit, soul, and body. Jesus did not die to give us a partial salvation. No, he died to save us completely from the carnage of sin. His work on the cross was complete—in spirit, soul, and body. Now, you may struggle with that. This may not mesh with what you have been taught, but please consider what Jesus said and did.

Twenty percent of the Gospels are given to the healing and deliverance ministry of the Savior. It is fairly evident from a reading of them that Jesus healed (sozo) the sick, the diseased, the blind, the lame, the deaf, and the afflicted. And it is clear that he brought deliverance (sozo) to those who were tormented by demonic spirits. The gospel of the kingdom—the good news that the King’s domain was present (heaven touched earth in those moments)—was demonstrated through this benevolent, yet militant invasion of the kingdom of darkness. Jesus came to destroy the works of the devil—of which sickness, demonization, and ultimately sin are all a part.

Therefore, the salvation Jesus bought and paid for purchased forgiveness of sin, healing of the body, and deliverance from the torment of mind and soul. It was a complete salvation, not a partial one.

Jesus said we would do the works he did and even greater ones. That can only happen when we reclaim the full meaning of his words and incorporated those actions as a part of our the ministry in the church.