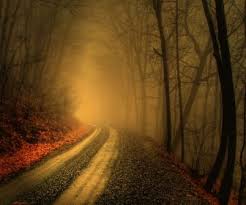 2013 was a tough year. Not many things turned out like I thought they would. Doors closed, opportunities were missed, squandered, or lost, and what I thought or wished might happen—didn’t! At times it was discouraging and disheartening, but such is life. I choose not to live life looking in the rearview mirror worrying about what is done and past, rather I prefer anticipating the next opportunity quickly approaching—what is and what will be.

I have learned on this journey that things rarely turn out like I think they should. Perhaps my optimistic outlook is far too romantic, unrealistic, or just plain naïve. Reality and fantasy are often separated by the breadth of a hair. What may be a fantasy for you may be a reality for me and vice versa. It all depends on the moment, the person, and God’s sovereignty.

As I trek life’s pathway, I am learning to trust God. What I want and what he wants are sometimes diametrically opposed. At other times they are carbon copies with an alternate route I would not have chosen. God knows exactly what I need and is committed to making sure I receive those things. I, on the other hand, think I know what I want. Want and need are often two totally different things.

Many people spend their whole lives chasing what they want rather than experiencing the satisfaction and fulfillment of what they need. Many complain about what they missed rather than rejoicing in what they received. Therefore, I choose not to complain, but to contemplate. Where those things I missed really mine? If so, what could I have done differently? If not, thank you God for not allowing me to settle for less than your best.

2014 is unfolding just over the next hill and around the next curve. Lord, help me to embrace that which you have given me and allow  what you have put before me not to fade into the distance as I speed past it. Gain and loss are a part of life. The key is learning what to do with each.

God’s promise is that he works all things for good to those who love him, to those who are called according to his purpose (Romans 8:28). That’s a promise not a proposal—a fixed truth not a fickle proverb. If one chooses to walk by faith rather than sight then those missed opportunities might have easily been head-on collisions we avoided rather than the big breaks we missed. Perhaps what disappointed and discouraged me in 2013 were really blessings in disguise—the grace-filled hand of God shielding me from disaster and turning something bad eventually into something good. Only time will tell!

The time has come to wipe the dust of 2013 off my glasses and gaze intently into the distant mist of 2014. I do have a choice—I can be expectant with anticipation for what the future holds or I can dread the unknown with fear and trepidation. That simple choice will ultimately determine whether I get what I need or miss what I want.