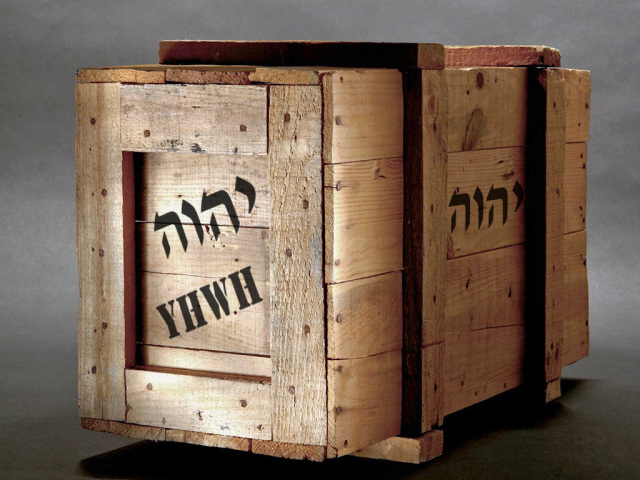 Religion is a deadly and deceptive box. It promises everything but provides nothing It promises that if we know enough about God it is the same as knowing God. I believed this lie for a long, long time. Please allow me to share a personal testimony from my own experience of just how deadly religion is.

In 1998, I had just gone on staff at a large church. I was in my second year of pursuing a Masters of Divinity degree, having completed a Bachelor’s Degree in Pastoral Theology at a well-respected Bible college. I was forty-two years old and had been a believer for thirty-two years. I had been saved as a child of eight in a little Methodist church near my home. I had grown up in church, baptized as a believer in a neighbor’s lake, and re-baptized when my family joined the local Baptist church (in those days if you joined from a different denomination they re-baptized you to make sure it was done correctly—that’s religion at its finest!).

I was involved in Sunday School, a youth group, mission trips, retreats, conferences, and evangelistic outreaches. We went to church every time the doors were open. Later as an adult, I sensed God’s calling and eventually at the age of thirty entered the gospel ministry. I was licensed and ordained to preach by the Baptist church.

Over time, the doors opened for me to get some theological training. I studied systematic theology, Greek, Hebrew, church history, hermeneutics, and homiletics. I read the early church fathers like Irenaeus, Athanaius, Chrysotom, and Augustine.  I studied the reformers like Calvin, Luther, and Zwingli. I dug into the writings of Wesley, Whitefield, and the sermons of Spurgeon I was constantly reading books written by conservative writers and scholars.

I had memorized verses from the Bible and read it through several times. I had outlined many of the biblical books and had a folder bulging at the seams with exegetical sermons and lesson series developed over long hours of intense Bible study. I had done countless word studies tracing biblical words and concepts back into their original languages for their meaning.  I knew all kinds of biblical facts, figures, and dates. I had a head full of knowledge.

Through my years of study, I had become an arrogant, biblical conservative with a cessationist theology. I could and would argue my prideful position and belief system at the drop of a hat. My theology could explain what God could and would do and what he could or would not do. It was a neatly package system I had developed.

I thought I knew all kind of things about God, but I realized I didn’t really know God. I was a dry as a mouthful of desert dust. I was spiritually empty—hungry and thirsty for something (really it was someone) I could not find no matter how hard I worked or how much I did. I was saturated in religion with a head full of knowledge, but an empty heart.

I knew a lot about God, but I began to wonder if I really knew God. Religion, at this point, just pushed me to do more—to be better. But I began to question everything—except my salvation because I knew at eight years of age I had experienced the saving grace of Jesus Christ. So I began to cry out to God in desperation for more than I was finding in my tiny religious box.

One Sunday night as we (the pastors) were praying for the sick and for those who had needs, I heard the Holy Spirit speak in my spirit. He said very clearly, “You have a spirit of religion, but I want to give you a relationship with me. If you will surrender, I will lead you out of religion and into the freedom of relationship in the Father’s heart.” Here I was, a pastor, praying over people to be healed and I was sicker than they were.

That night I confessed it to my pastor and the staff, and one of them prayed for me. As he prayed, God opened the lid on my religious box and lifted me out and he has been leading me on a relational journey for the past fifteen years.  He set me free. He has blown my safe little theological box of religion into bits. God has shown me over and over how narrow-minded and ignorant I was about his limitless character and nature. He is constantly expanding my belief system and purging my mind and heart of the garbage, lies, misinterpretations, bad theology, lack of faith, and unbelief I was drowning it. The more I learn about God—the more I realize how little I really know.

Religion provided me with a system to construct a tiny god of my own making, who could only do what I believed he could do. Relationship has given me an ongoing experience with the living God who loves me for who he created me to be. I no longer have to fit into a religious system—to look like that system demands—to preach and teach what that particular system deems acceptable—to act like that system dictates—to strive and strive and hope what I do or say is good enough. No, Jesus made it good enough at the cross and in faith I am walking that out.

I no longer fit in a religious box and the box does not fit me—not because I’m a rebel or a non-conformist. No, I don’t fit in the box because God did not create me for a box life.

…And neither were you!