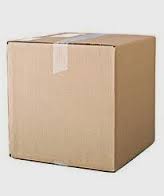 Revelation destroys the box of religion. God’s original plan was and still is a revelation of both a corporate and personal relationship. God’s desire was to build a people for himself one person at a time. God has revealed himself through the revelation of the Scripture. Genesis 1:1 opens with this mind-blowing revelation—“In the beginning, God. . . .” There is no explanation of God, just a revelation of God. He is! He exists! How? He is pre-existent—meaning he was here before time, or space or the world began. We can only know this by a revelation from God because religion has no credible eye witness avaible.

Revelation is God’s communication of truth to man so that we can be properly related to God. Religion, on the other hand, is man’s attempt to invent a god in our own image. Revelation is God declaring to us exactly who he is, but religion is us telling God who we are and who we want him to be.

Religion is a box, and a box by its very nature is limited. God’s revelation is limitless, meaning it will not fit in the nice neat confines of any box. Since the beginning when man and woman were created, God has not ceased to reveal his desire for relationship with each of us. He created them in his image and likeness so they might respond to his love and express the same kind of love back to him. You were created in the same image and likeness. He is not interested in how much you can do for him, but rather how much he can do for, in, and through you—if you will allow him.

That’s why God sent his Son Jesus. Jesus is the revelation of who God is, how he thinks, how he acts, and what he looks like in flesh and blood. Jesus came to destroy all the hideous caricatures religion had painted and labeled as God. With his coming, he gave us an accurate representation of God to worship and love.

But, this revelation must be received through faith by grace. Revelation tells us that “without faith it is impossible to please Him (God), for he who comes to God must believe that He is, and that He is a rewarder of those who seek Him” (Hebrews 11:6). Just knowing about God is not enough we must know—must intimately experience—must purposely seek after him.

Religion is built on rituals and rules, but relationship is birthed in an experience with God. Once you experience God’s touch your tiny religious box will no longer be able to hold you. It will disintegrate—blown to bits by the power of God.