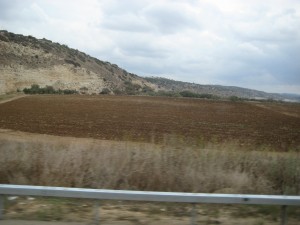 The valley of Elah

Back in November 2011, while on a visit to Israel, I was privileged to visit the famous site of David’s epic battle with Goliath. It was here in the valley of Elah that a stone hurled with pinpoint accuracy reversed the outcome of an impending battle between the superior forces of Philistia and the army of King Saul of Israel. Today that battlefield has been transformed into farmland. On the day I was there, the soil had just been plowed and it had rained. As the sun peaked out from behind the clouds, its light was reflected off thousands of small stones that littered the countryside. David would have had an endless supply of stone had he needed them. 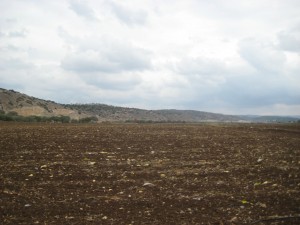 No shortage of stones to toss

For days, Goliath had been tossing stones at Israel. His stones were not the small rocks sticking out of the earth—no, his were boulders of accusations and cursing. His stones were words, and those words had struck fear deep within the hearts and souls of the army of Israel. As children we all learned this pithy but untrue limerick: “Sticks and stones may break my bones but words will never hurt me.” I wonder if the slap of a stick or the sting of a stone would have been more welcomed than the taunting and the name-calling this army endured each day.

Words are powerful. Words can inspire and encourage. They can cause us to do things far beyond our capability. But, words are also damaging and destructive. A well-place word spoken in anger or frustration is more deadly than a dagger to the heart. The dagger kills immediately, but that word keeps on cutting, penetrating even into spirit and soul of a person. That’s why the Bible warns us to be careful in speaking—our words really do carry the power of life and death.

None of us are immune to the stones being tossed about by others. We will get hit from time to time by some that are thrown directly at us, and by others that have been callously chunked into the air around us. Be prepared, all of us carry scars from jagged edges of the words we have been hit with.

David chose not to get into a war of words with Goliath. Instead, he declared why he was there and then dealt with the issue at hand. Goliath, on the other hand, wanted to get into David’s head with his fiery condemnation. Goliath was a trash talker, but David was not swayed by the giant’s verbal assault.

There is a lesson to be learned in how David achieved his victory against the overwhelming odds of this professional killer. Don’t get caught up in a fight that is designed to destroy you. Don’t react—always respond (a response is a reasoned reply that has been carefully considered). Measure your words and think about how your words will be received. Don’t always say what you think (use the delay God has wired into each of us—that’s what happens when you press your upper lip against your lower one—close your mouth. Think before you speak). If you never say it, you will never have to deal with the decimation those words might release. Deal with the issue at hand and keep your emotions in check. Out of control emotions coupled with caustic words create conditions none of us are prepared to deal with. There are moments when no reply is the best reply.

Today, as I consider what God is trying to teach me about my words, I am reminded of all those stones scattered about the valley of Elah. Most of them have yet to be tossed. Year after year, as that field is plowed, they are turned over and over. Many have never seen the light of day, while others are only partially uncovered. Like those stones that dot that large fertile field, so are our unspoken words. Unless a stone is tossed, it can do no real damage. A word not spoken is one less you have to deal with later. So, be careful what you say little mouth, for the Lord up above is looking down in love, so be careful what you say little mouth. Those stones we toss can be killers of giants or just giant killers, depending on who they hit.